This is what PUBG mobile is all about.

PUBG Mobile - or PlayerUnknown's Battlegrounds - is a multiplayer shooter that was originally released for PC and consoles, but is now available for mobile devices.

At the beginning of each game round, you're parachuted out of a plane. You land on a small, uninhabited island. There you'll meet other players. You all have the same goal: survival. Because only the player who is the last one still alive can win. In a battle royal mode you fight against each other. The map gets smaller and smaller and you and your opponents are pulled through a power field to a central point. There, inevitably, the final confrontation takes place. You'll be supported by various weapons and equipment, which you can find on the island. It even happens that particularly good weapons become available via air drops.

The oldest map in PUBG is the island of Erangel. Here you'll find yourself in a world that largely corresponds to the Soviet Union in the 1950s. You'll see Russian graffiti and the like everywhere. Another world is Miramar. This one is oriented towards Mexican or American deserts. If you prefer snow, Vikendi is the right map for you. This one is based on Siberia. Sanhok, on the other hand, is more influenced by Southeast Asia.

The gameplay of PUBG mobile

After jumping out of the plane and opening your parachute, you must first land on the island. The controls are used throughout the game via the touchscreen. It is worth mentioning that the positioning of the controls is freely definable. Once on the island, the hard fight for survival already starts. It is recommended to get weapons and equipment as quickly as possible. However, you should not get involved in too much combat right away. Since equipment usually appears at certain points, there are always highly contested areas. Especially as a beginner, you should try to avoid these.

As with any shooter, the round ends when your own life drops to zero. Little by little, players are eliminated until there is only one user left. Of course, there are also different modes in PUBG mobile, in which groups of the same number of players compete against each other. The winner is the group that has the last living players on the island. So that the individual rounds are limited in time, a force field comes into play after a certain period of time, which players cannot pass through. This continuously pushes together, bringing all survivors to a random location on the island.

Vehicles are also available in many maps. With these, you can gain a non-negligible advantage over other players. After all, mobility is one of the most important factors in order to survive.

Evaluation of PUBG mobile in detail

Battle Royal is a principle that is extremely entertaining and entertaining. PUBG has shaped this mode like hardly any other game. The implementation for mobile devices is also very well done. Despite wonderful graphics, PUBG plays smoothly and without jerking. However, it should be noted that the demands on the battery power are correspondingly high. The playtime of a single round is about half an hour. Thus, the game is not very suitable for in-between, but it is all the more fun for that.

A small point of criticism for many beginners might be the controls. Especially those players who already know PUBG from other devices like PCs or consoles will have minor problems here. The whole game is controlled via small zones on the touchscreen - it is easy to miss the mark and thus lose the victory. However, the controls can be adjusted at will, so you can set all commands in a way that is best and most comfortable for you. 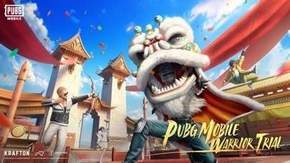 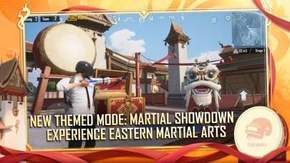 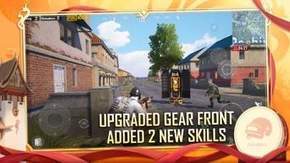 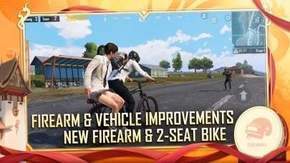 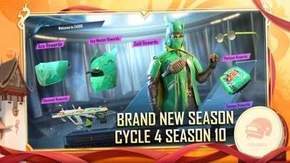 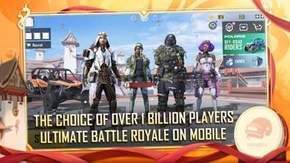 Grand Theft Auto: Vice City
Games
4.4
Write a comment on PUBG MOBILE
Disclaimer:
1. app-anleitung.com is a tutorial, review and blog news website for apps for mobile and desktop devices and not a place for getting them.
2.app-anleitung.com is not an official representative or the developer of this application (app).
3. If you are the owner or developer of an app presented here and would like your app to be removed, please contact us here.
4. Every content on this website (if not mentioned other) is our sole intelectual property, written by our own in-house authors or other authors working on our behalf. Other copyrighted materials belong to their respective owners and are marked accordingly.
5. Every single page of our website is conform to Google Advertising Policies, such as the Unwanted Software and Malicious Software Policies and moreover the Microsoft Advertising Policies.
6. Official links, where they might appear, will always lead to an official and secure source for the respective application.