That's what Clash Royale is all about.

In Clash Royale everything revolves around the battle between opposing warlords. They have entrenched themselves in their tower and are each trying to conquer the other tower. For this purpose, of course, heavy guns are brought in. You take on the role of one of these magically gifted warlords. Your resource is the so-called elixir, which is generated automatically. With it, you'll summon powerful creatures that will immediately attack the enemy tower and lay it to waste. You can support them by casting unique spells or erecting special buildings.

However, these fights aren't a real war, but are packed into a sporty environment and take place in arenas. Over ten different arenas are available. Your rating depends on how you perform in the individual battles. The more victories you achieve, the higher you'll be ranked and you'll be able to advance to the next arena. But even if you finish all arenas, the game is not over. Because now you can advance to higher leagues with many victories. There are ten such leagues in total.

So that the fights between individuals don't get too boring, there are also so-called clans. These are a union of several players. Clans can also compete against each other to earn unique rewards.

The gameplay of Clash Royale

All battles in Clash Royale are represented by playing cards. These cards must be collected over time and used in the player's deck. In addition to spells and creatures, there are also buildings. A total of 99 different cards are currently available. Each card has a certain degree of rarity. These can be "common", "rare", "epic" or "legendary". The rarer the card, the better its values.

To be able to collect cards, battles must be won in the arenas. In each arena, different cards can be conquered. Legendary cards, however, only appear from the fourth arena onwards. In addition, the cards can have different levels. The higher the level, the stronger the card becomes. The maximum level of cards is currently 13.

Additionally, cards can be purchased in the store. Furthermore, various chests can be granted in the game for certain tasks. Of course, these chests also contain cards. But gold, which can be spent in the store, is also found in chests.

Certain events take place regularly in Clash Royale. Here, for example, the elixir can be generated twice as fast or certain tasks have to be fulfilled. These challenges not only provide variety, but also offer good opportunities to win chests - and thus gold and cards.

Team fights are also possible. On the one hand, there is the duo fight, but also the clan wars. The latter run over the course of several days, with all members fighting several battles against randomly selected players from the opposing clan. As for individual players, there are also several leagues for clans, which can be contested gradually.

Evaluation of Clash Royale in detail

Clash Royal is a successful combination of trading card game and multiplayer arena battle. Since there are "only" 99 different cards, the luck factor is less decisive here. Rather, it is important to advance as far as possible in the arenas in order to gain access to the strongest cards. This clearly favors frequent players. However, since you are always competing against opponents from the same league, a good balance is created here.

The individual games are short and entertaining. However, if you want to get really good, you have to invest quite a bit of time and play daily if possible. The battles against other players are not for everyone. But those who enjoy competing with real opponents will definitely get their money's worth with Clash Royale. 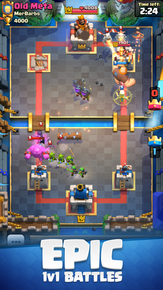 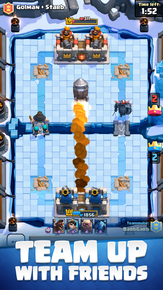 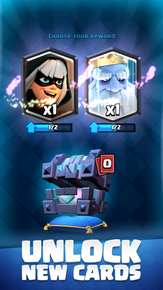 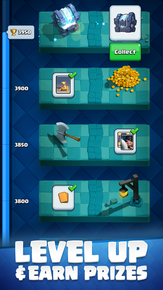 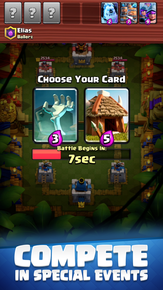 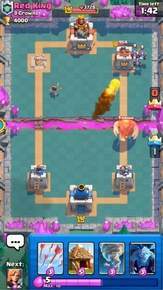 Minecraft
Games
5.0
Write a comment on Clash Royale
Disclaimer:
1. app-anleitung.com is a tutorial, review and blog news website for apps for mobile and desktop devices and not a place for getting them.
2.app-anleitung.com is not an official representative or the developer of this application (app).
3. If you are the owner or developer of an app presented here and would like your app to be removed, please contact us here.
4. Every content on this website (if not mentioned other) is our sole intelectual property, written by our own in-house authors or other authors working on our behalf. Other copyrighted materials belong to their respective owners and are marked accordingly.
5. Every single page of our website is conform to Google Advertising Policies, such as the Unwanted Software and Malicious Software Policies and moreover the Microsoft Advertising Policies.
6. Official links, where they might appear, will always lead to an official and secure source for the respective application.